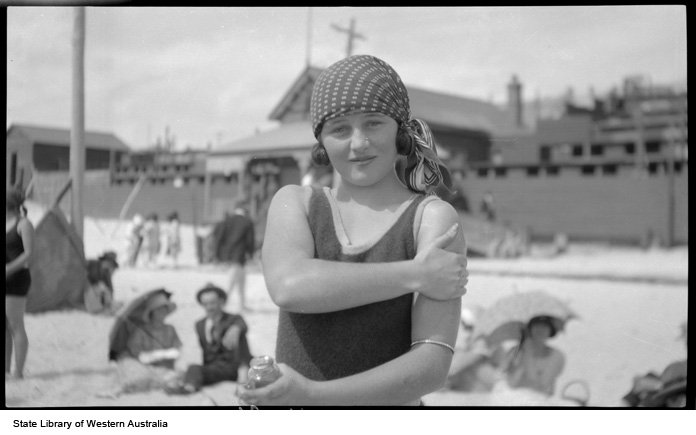 J.D. did not like Cottesloe Beach. In fact, J.D. had a long list of things that were wrong with Cottesloe in 1912.

Firstly, the beach was infested by hoodlums, who engaged in horseplay which was scaring off women and girls. In particular, when the sun went down females ran the risk of being ‘grabbed’ by these larrikins while in the water, or when going to and from the changing rooms.

Ladies were often subject to the indignity of crude remarks when going down to the water’s edge. J.D.’s suggestion was to only allow bathers to occupy the space between the changing rooms and the sea, then the drunk loungers would be banned from the area.

Speaking of drunks, J.D. claimed that the number of them at Cottesloe was astonishing, especially on Sundays. Some of them were boozing on the beach, which others had come from the city, hoping that a swim might sober them up.

Young girls, eager to learn to swim, sometime made the mistake of allowing one of these drunken swine to take them out to sea. Even when they were sober, too few of these would-be swimming teachers knew what they were doing, and posed a risk to the girl’s life.

And some swimmers, don’t even pretend to swim at all. They simply keep in the shallow water and (ahem) wrestle with their significant other. Not exactly an edifying sight for young children.

Speaking of protecting children, most bathers have lost all sense of modesty and there was nowhere near enough material or fastenings on their costumes.

J.D. was not finished yet.

Drunks were wandering into the wrong changing rooms. Drivers were being unsafe on the road to the beach. The council hadn’t repaired to road in ages. And it should be widened. There were too many fishermen on the pier. And their bait stank.

Dodgy Perth hasn’t been down to the beach there for a bit. Perhaps it is time to check out how many of J.D.’s complaints still hold true.