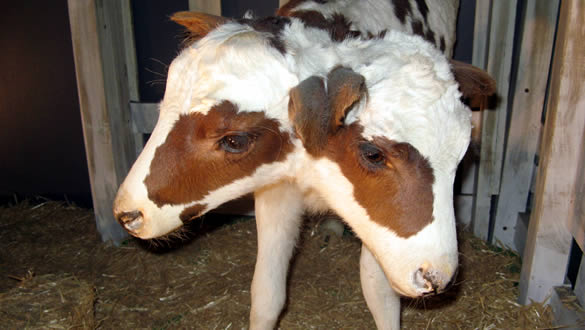 The Western Australian Museum used to be interesting.

No. Wait. Hear us out. We’re serious.

In 1888 they displayed a (dead) chicken with three legs.

The following year they outdid themselves and had a four-legged chicken on display. 1890 appears to have passed without the number of legs on chickens increasing.

Not until 1903 did the museum collect a small dead wallaby with four hind legs and two pouches, which was shot somewhere near Bunbury.

The following year another four-legged chicken (yawn). This one pickled in a bottle of spirits.

In the middle of World War I, the museum obtained a fish with the body of a snake but the head and tail of a fish. They think of naming it the Anzac Frost Fish.

In 1936 Otto Lipfert, the museum’s taxidermist, stuffed Bricky, the Bayswater freak calf, and put him on display. Bricky later went on tour to UWA.

During World War II, two-headed lizards were all the rage. (And also in Japanese horror movies in the following decades.)

After that there were a whole string of two-headed lambs, bobtails, and the like.

The WA Museum should open its archives and redisplay each and every one of these donations. Or explain why they’re hiding them.

Also, a new museum is about to open in Perth. It had better have at least one freak of nature, or it’s letting the side down.