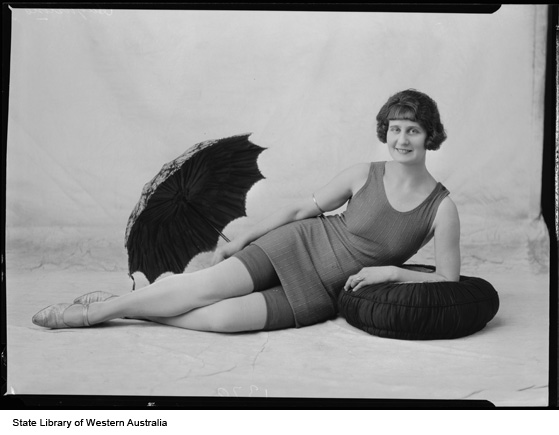 This is what we must stop. And soon.

Something is endangering the very foundation of marriage. And we at Dodgy Perth are taking a stand. We would like, no we insist on, a plebiscite to defend the very core of traditional holy matrimony.

What can this awful thing be, you ask? Is it mixed-race marriages? Is it a Roman Catholic marrying an Anglican? Or is it The Gays demanding the right to be as miserable as their heterosexual counterparts? Nope. None of those. It is much, much worse. We refer, of course, to the horror of mixed bathing.

As Western Australia left behind the values of the 19th century, the question of whether men and women should be allowed to enter the same stretch of water at the same time became the most pressing issue of the hour.

Take Kalgoorlie, for example. In 1912 the council had to decide whether to allow ‘family bathing’ in the local pool. The experiment had been tried at Claremont, they were told, but it required the local police and three private security guards to be on patrol at all times, otherwise who knows what might happen? Kalgoorlie wisely decided to delay any decisions on the matter

And they were right to do so. As the newspapers explained the following year, bathing suits have a bad effect on the male libido and marriage rates plummet as a consequence.

In times gone by, men were entranced by the sight of girls daintily and modestly attired, and affection sprang from a kind of worship of something which charmed. Are bare necks, bare arms and bare legs, with ugly skull caps, a bewitching spectacle? What effect has the ungraceful ‘flopping’ of the feminine figure on the male emotions? The desire to harpoon it rather than embrace it is probably one result.

The debate raged on for years, but by 1920 science had definitively settled the question. Marriage rates were dropping because the mere sight of the bathing female kills all possibility of reproduction: “The spectacle of a girl in a dripping bathing costume, with wet hair hanging over her eyes, and looking like a bedraggled Skye terrier, has been responsible for many a man taking an oath of celibacy”.

So there you have it. This is the line which must be drawn. Marriage must be protected from change. And mixed bathing is change. Demand the plebiscite now.