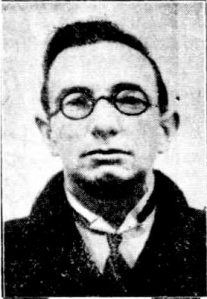 We at Dodgy Perth take pride in being just a little bit dodgy ourselves. (But only when no one is looking.)

However, we have a long way to go to catch up with Perth’s dodgiest man: ‘Doctor’ David Stewart, the man with more wives than Henry VIII.

David joined WA’s Department of Agriculture in September 1932, to become their head veterinarian. His praises were quickly sung by the newspapers. He was a genius, a war hero, a “real man’s man”, and Perth was very lucky to have him here.

Around six months into his post he was made to resign. Despite his protestations of innocence, he had been moonlighting as a medical doctor (with forged certificates) calling himself Dr Russell. Apparently faking medical qualifications was not the done thing in the 1930s.

Oh. And his vet degrees were faked too. As were all his references.

Even while working for the Dept of Ag, he had been defrauding a number of local businesses of various goods. And sold all the furniture from the house he was renting.

At the trial, David got two years for forging his certificates.

But this was only a tiny fraction of ‘Doctor’ David Stewart’s life. He was also a bigamist. If bigamist is a big enough word for someone with at least seven wives. (He claimed to not be able to remember how many!)

A few quick dates in the court life of an astoundingly complex character:

Such was the mess of his life, and the fact that he married and worked under at least nine aliases, no one was able to say how many wives he had or what other crimes he might be wanted for.

We take our hat off to Perth’s dodgiest man.