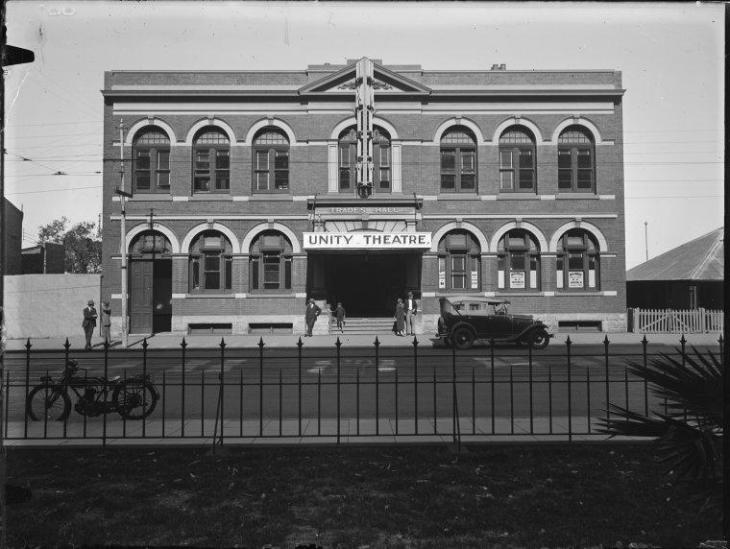 In the words of the most influential musicians of the last century, the Spice Girls, “make it last forever, friendship never ends”. Today Dodgy Perth tells the heart-warming story of a friendship that knew no boundaries.

Although once again known as Trades Hall, the Beaufort Street building operated as the Unity Theatre in the 1930s. It was at a dance held there in 1933 that our tale begins.

It should be obvious that two men are not allowed to dance together when partners of the fair sex are available. Not a rule enforced at Connections Nightclub last time Dodgy Perth was there!

But because two young fellows showed scant regard for feminine charms, they decided to dance with each other that Wednesday night.

It must be said that Robert Sleeth and Norman Tindale—aged 20 and 22—had consumed more than a couple of drinks. Perhaps that was the reason for their unorthodox dancefloor moves. Or maybe they just liked grooving with each other.

Whichever, the MC, George Greenway, was having none of it. He told them to dance with the ladies or get off the floor. They resisted, and George told them to sit down and shut up, and began to escort them over to the chairs.

At this point the inebriated Robert took a swing at the MC, knocking him down, breaking his glasses, and causing his nose and face to bleed.

Dances being full of testosterone-fuelled young men, this was all the invitation that a bystander, Norman Mitchell, needed to weigh in. For trying to be a hero, Norm was also punched to the floor, losing blood in the process.

As he got to his feet, other onlookers held him back as he tried to retaliate.

At this point all hell broke loose and the cops were summoned.

PC Trekardo was first on the scene where he found Sleeth and Tindale outside, with their coats off shouting through the door challenging someone to come out and “fight it out like a man”. Boys, eh?

At this point Mitchell, still profusely bleeding, charged through the exit screaming “You punched me” and bravely tried to attack our BFFs. Trekardo arrested all three of them.

Mitchell got off with a caution, while Sleeth and Tindale got two months hard labour in exchange for their Unity Theatre antics.

The next time our besties come to our attention is seven years later. This time they broke into a house at 226 Roe Street, stealing cash, a pair of lady’s pyjamas, a set of lady’s underclothing and a pair of lady’s scanties. All belonging to Gladys Foley.

In case you don’t know, the kind of ladies who worked at that end of Roe Street would probably have owned very attractive scanties and been earning good money for taking them off.

This time our BFFs avoided jail and ended up with a simple fine.

Dancing together, fighting together, and stealing panties together. The kind of things great friendships are made from.