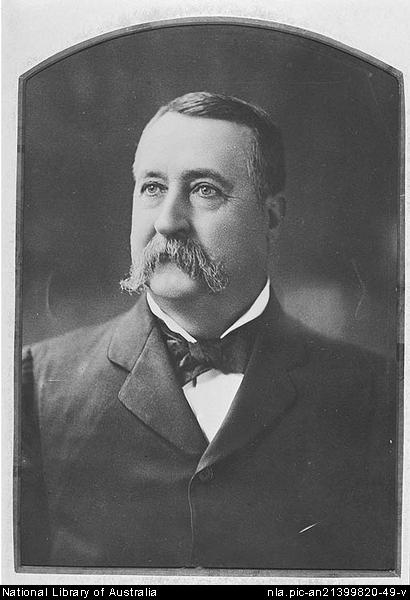 To celebrate Movember, we present Henry Whittall Venn, Commissioner of Railways and Director of Public Works in Forrest’s ministry.

A bald, portly man, with a red face and heavy moustache, pompous, extremely conventional, and very, very longwinded, Venn clashed with Forrest over the purchase of rolling stock.

He accused Forrest in the press of disloyalty. When asked to resign from the ministry, Venn refused three times. On 8 March 1896, Forrest requested Governor Sir Gerard Smith to withdraw Venn’s commission. As Venn famously put it, he was “dismissed in his nightshirt”.

So who would have guessed that the awesome moustache was concealing a veritable Don Juan?