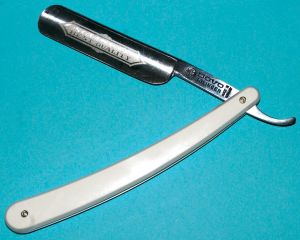 In the winter of 1944, a ‘razor crank’ terrified the working women of Perth.

Over a period of weeks, a number of women fell victim to his extraordinary perversion. The attacks occurred around six o’clock in the evening when the streets were crowded with people hurrying from work.

As the chosen victim walked through the city, he would sneak up behind at slash the back of her coat with a razor.

In each case the targets had expensive clothing ruined. For two unfortunate victims, the pervert struck too hard and wounds required stitching.

In one case the slashing deviant asked the girl if he could accompany her home. When she refused, he put his arm possessively round her back. It was not until she had hurried away from him that she found to her horror that her coat had been slit at the back from top to bottom.