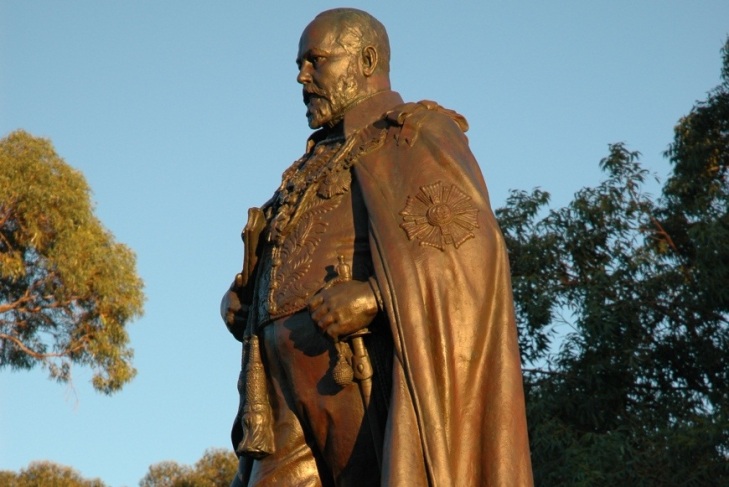 “I think I can see my brother from here”

Visitors to Kings Park can’t help but notice the memorial to John Forrest. As imposing a statue as the man was in life, it didn’t have an easy time coming into being.

Firstly, the organising committee tried to raise money from the public, both here and in England. Perth residents were mostly uninterested, and contributed very little. As a result, by 1921 the Brits got all sulky and decided to spend their cash on a stain glass window to Forrest in St Paul’s Cathedral, London.

So the committee had to go, somewhat predictably, to the government and beg some cash to get their statue. But it three more years before anyone got round to doing anything about it. And then the choice of sculptor, the England-based Sir Bertram Mackennal, caused outrage.

Perth had its own very popular sculptor, Pietro Porcelli, who had already done a good job on Forrest’s brother, Alexander. In addition, Pietro had known Forrest, so might have seemed like the obvious candidate. Instead. someone with a ‘Sir’ in front of their name got the job.

In March 1926 a large box arrived at Fremantle and was shipped to Kings Park. And there it was dumped in a shed and forgotten about. Rumours started to spread that Mackennal had created such an ugly statue no one was prepared to put it on show. No one from the Kings Park Board bothered to contradict this, so it quickly became the received opinion.

The reason for the delay is still mysterious, and it took nearly eighteen months for the memorial to be erected, and finally unveiled in August 1927.*

And then the Mayor of Perth managed to ruin in the whole event by using his speech to rant about the lack of funding for a State War Memorial. The crowd got quickly bored by William Lathlain’s raving and walked off, leaving the Mayor talking to a near empty park.

Nothing ever goes to plan, does it?

* Note to the Botanic Garden & Parks Authority. The statue was unveiled in 1927, not 1928 as your website claims. A small detail, but we historians get all worked up about such things. Please change it so we can calm down.