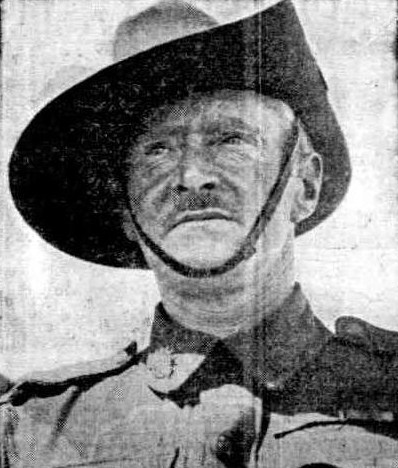 Please stop assuming that all young Australians who run away to join ISIS have been brainwashed. Teenagers (in particular boys) have always sought adventure overseas, and have rarely understood the full implications of what they were getting themselves into.

Also, dear journalists, stop with the overuse of the word ‘radicalised’. It’s not a thing.

So, today Dodgy Perth presents the story of Captain Leslie Shaw, who signed up to be an Anzac at the age of just thirteen.

Born a Kiwi, Leslie served as a sapper in the First Field Company, New Zealand Engineers. He was present at the landing on Gallipoli and also at the Suvla attack.

After Gallipoli he went to the trenches in France, taking part in the Battle of Messines and the Third Battle of Ypres, in 1917.

Then, at the ripe age of 17 years, tiring of a foot-slogger’s existence, and anxious to join the Air Force, he disclosed his real age and was discharged from the Amy. This after some years on active service.

After the war Leslie served with the Air Force in India, before retiring to take up a tea plantation.

Bored of tea, he joined the flying service in New Guinea, being one of the first to fly in that service.

Finally ‘retiring’ to Perth, he became a broadcaster with radio station 6AM, and his talks on aviation became one of its most popular shows.

But even then, Leslie wasn’t finished. When WWII broke out, he was still young enough to enlist as a private, again in the Army, and undertook his basic training at Claremont.

Do you really believe that at the age of thirteen Leslie could have fully understood what he was getting himself into at Gallipoli and in the French trenches? Of course not. He wanted adventure, and he wanted to serve his country.

Dodgy Perth does not mean to equate joining ISIS with being an Anzac. One of these organisations is evidently not a good thing.

However, sometimes boys will be boys, and it doesn’t always require them to be ‘radicalised’ before they seek thrills and escapades in foreign lands. 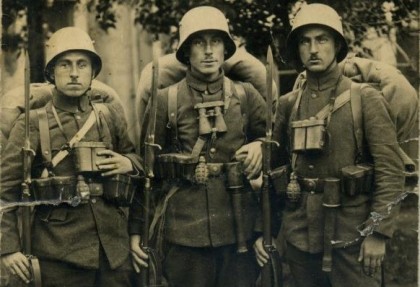 When fighting at Gallipoli, you probably don’t expect to run into an old mate fighting for the other side. Yet that is exactly what happened to Private Henry Molloy.

Henry was a stretcher bearer and one morning he was, as usual, preparing a cup of tea. He had just boiled the water, and started to add the tea and sugar when a familiar voice called to him from behind Turkish lines.

“Hullo, Molloy,” said the voice in a heavy accent, “how vos Blossom?” Blossom was a colleague of Molloy’s at the Midland Railway Workshops, where he had worked as a fitter before the war.

Henry immediately knew who was speaking. Frederick Shack was a German also employed at the Workshops until he was dismissed for quarrelling with the foreman. After that, Fred set up a grocers in North Perth, where he was a familiar face doing the rounds with his cart. But somehow Fred had evaded the authorities, left Perth, and joined the Turkish troops.

The two chatted about the latest gossip from the Midland Workshops. Then Henry remembered the foreman’s son was also at Gallipoli, and would likely shoot Fred for insulting his father some years earlier.

Fred didn’t seem all that worried. “You hop it before you’re seen,” he replied, “or Jacko will put you in the harem.” (‘Jacko’ was digger slang for Turkish forces.)

Henry retorted with a friendly “Fuck the Kaiser!” before scooting back to the safety of the trenches.

War may be hell. But it can also be very odd. 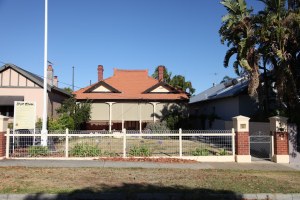 There is nothing so wonderful, so perfect, that some mongrel can’t find a way to try and ruin it.

But first a quick history lesson.

Anzac Cottage in Mt Hawthorn was built in 1916 by the local residents as a home for Private John Porter and his family. It was intended both to help out a wounded soldier and serve as a memorial for those who lost their lives at Gallipoli.

So, they’re about to build Anzac Cottage when the said mongrel pops up.

Let me introduce you to John Beer.

Mr Beer decides to write to the paper saying that the proposed cottage is far too grand for a simple soldier like Private Porter. He thinks that a much more modest dwelling should be constructed for the wounded digger.

Of course, he’s only thinking of saving Private Porter from embarrassment of having to accept the keys of Anzac Cottage. Imagine how humiliating it would be for Mrs Porter to think that she and her family would have to live in such a lovely place. Mr Beer is only being considerate.

And, in any case, perhaps more people would donate money to the project if they knew that only a small building was being erected.

What a thoughtful, kind man Mr Beer was.

This letter drew a stinging rebuke from the organiser of the project, Frank Kelsall. John Beer could get stuffed, he said.

If you think a simple four-room cottage is too much for the family of a man who had served his nation, then you are an “insufferable cad”.

Besides which, continued Frank, there were enough gossip mongers in Mt Hawthorn already stirring up trouble about the project without tossers like Mr Beer poking his nose in.

Rather than do the decent thing, and keep his mouth shut, John Beer now decided to attack the organising committee, as well as Private Porter. Lovely.

Fortunately, the tosspots like Beer did not triumph, and Private Porter was able to receive the keys to his modest home as planned.

If you want to check out if Anzac Cottage was too grand for a wounded digger, it’s open this afternoon (1 March) from 1pm. I reckon a pint in the Oxford Hotel to toast Private Porter and curse John Beer would be entirely appropriate first.