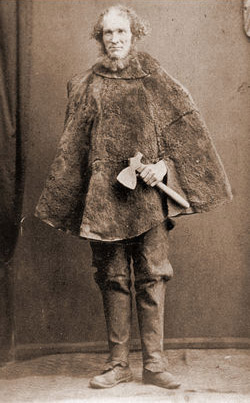 How has Dodgy Perth been going this long and not done a single Moondyne Joe story? Well, we are about to put that right.

But we are mainly writing this because it lets us tag this story with the word ‘slut’ and see what kind of traffic that brings.

In April 1888, Joseph Poole was charged with having unlawful possession of a kangaroo slut, called Bessie, which was of enormous value, being worth £7.

Well, in the 1880s ‘bitch’ was too rude a word to use in public, so the politically correct term for a female dog was ‘slut’. Seriously. As for the kangaroo bit, it referred to a greyhound. 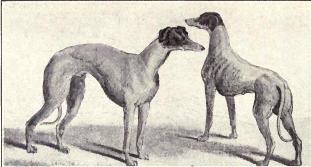 Anyway, said slut was said to be the property of James Nicholls. One Saturday, he saw a woman standing outside the Criterion Hotel holding a couple of dogs. James recognised Bessie and demanded she hand her over.

The woman refused and told James she had bought her from Moondyne Joe for £5. Which was odd, because James had also bought Bessie from Joe.

Now the story gets a little tangled. When Moondyne Joe had been penniless a few months earlier, James had lent him some money and agreed to buy Bessie. It is unclear how the dog ended up back in Joe’s hands.

In any case, Bessie was sold again, this time to Thomas Edwards, for another £5, but somehow made her way into Joseph Poole’s care. And from there she ended up in the hands of the unnamed woman outside the Criterion Hotel. But by some chain of events it was poor Joseph who ended up in court.

Confused? We certainly are.

So Joseph Johns (aka Moondyne Joe) was summoned to explain what was going on. He admitted selling the dog to Thomas, but strenuously denied having previously sold her to James. In fact, Joe claimed he was the victim here, since James was simply trying to appropriate Bessie in exchange for the money he was owed.

The magistrate was not convinced. To him it was clear that Moondyne Joe was a crook (what a surprise!) and he had obviously sold the same dog twice.

The slut belonged to James and he should get her back immediately.

If there’s a moral here at all, it’s probably that it’s safer not to do business with bushrangers.