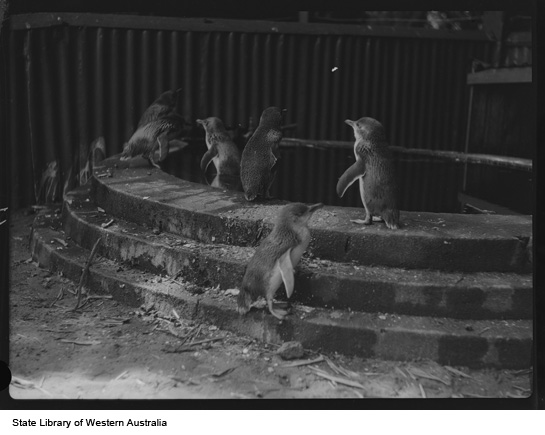 Speaking of Perth Zoo. In 1924 they threw a Tudor dress-up day. And a record crowd sat among the palms as Queen Elizabeths and Mary Queen of Scots.

Among the crowd was a journalist who wrote under the pen-name Omar Cayenne. We’ll call him Omar.

Omar loved the botanical garden feel of the place, but the plight of animals made him feel sick.

Take, for instance, the bears. Their habitat was so disgusting that if a circus proprietor kept animals in such condition he would have been jailed. They lived in conditions so bad, Omar recommended that no one should even look at them.

The Australian dingo, an animal whose home is the wide, open spaces. This poor brute was cooped up in an enclosure that resembled a freezing chamber. With only a concrete floor, the sick animal was trying to scrape a hole for himself in the hard floor. Obviously no one at the zoo thought to have put some sand in his den.

Nor did Omar approve of putting live frogs into the snakes’ cages, so they could be devoured in the presence of horrified children.

Walking through the grounds, all you could detect was the general air of decay and neglect. The excuse was that there was no money for repairs. Something Omar dismissed as a simple lie.

During the summer the zoo was the rendezvous for tens of thousands, attracted by the beautiful gardens and pleasure attractions for the kiddies. The tennis courts were packed and expensive to book, and so profitable the zoo kept expanding the number of them. There was plenty of money available to spend if they wanted to.

Omar had once lived near the zoo and could testify that during the summer months the stench arising from the place was overwhelming. He suspected the local government would have closed the place long ago if it wasn’t paying a good portion of the local rates.

Keep the birds and the plants, said Omar, and make an ideal botanical gardens. As for the animals, if their present miserable conditions cannot be improved they should be mercifully destroyed, and thus end this tragic farce.

The Dodgy Perth team have never been in favour of zoos, and it is entirely possible that Omar’s recommendations from 1924 should stand today.