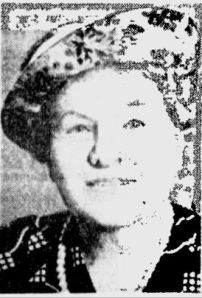 With a lusty singing voice, sparkling personality, golden hair and a shapely form, Priscilla made a captivating Aladdin.

In 1951, the media remembered that Priscilla Verne was still alive:

This Australian stage star made her first theatrical appearance in 1887, but she has her own method of bridging the years, bringing down the curtain on the ‘eighties with this disarming statement:

Still in love with life, she walk with a buoyant step and many a younger woman could envy her shapely figure. If variety provides the spice of life this stage career has been highly flavored.

Singing saucy verses set to lively rhythms, Priscilla Verne, at the turn of the century had become the pet of the public and “the Darling of the Gods” (a term applied to the patrons of the gallery).

To capture the big money, this variety artist was forced to forsake her own country. Gold and glamor awaited her in the East. In India she dashed into popularity as principal boy in pantomime, and played at Delhi during the Durbar celebrations arranged in honor of King Edward VII. With a lusty singing voice, sparkling personality, golden hair and a shapely form, Priscilla made a captivating Aladdin.

Then she bobbed up again as lively as ever in 1940 with the Tivoli circuit, a group of veterans presenting the singing and dancing numbers which kept them in the limelight in their younger days. The combined ages of these old timers reached 1000, and if Miss Verne had not been so hazy about her first birthday, the total might have been higher.

Young in mind and still vital, this ‘trouper’ is now toying with the idea of making another comeback in a fresh edition of Veterans in Variety.