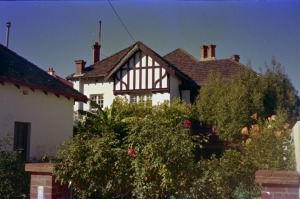 Sometimes the bad behaviour we catalogue here at Dodgy Perth does not belong in the past but in the present.

In our office we are not much given to campaigning for or against anything, usually preferring to sit back with a glass of red and just watch other people march up and down with placards and chants.

So the following is provided for information only, to be used by those who can find a use for such information.

If you take a walk around East Perth Cemetery (and you should), you will find memorials for several members of the Leake family, including George and his son, George Arthur.

George Leake was a turn-of-the-century lawyer and Premier of Western Australia. Famous for being one of the few people to stand up to John Forrest, Leake should also be remembered for developing the political party system we have today.

If he hadn’t died tragically young in 1902, aged just 45, he may well have gone on to become the first Prime Minister from this State. A memorial fountain for him was erected in Kings Park.

The year after his death, Leake’s widow, Louisa Emily, built a grand house at the edge of Kings Park, at 10 Bellvue Terrace, for herself and young family. Among her sons were Francis Walpole and George Arthur, both of whom followed in daddy’s footsteps and became lawyers.

During WWI, George Arthur signed up to the 10th Australian Light Horse Regiment. As a Second Lieutenant, he fell on 29 August 1915 at Gallipoli, where his body remains to this day.

The stunning Tudor-style home Louisa Leake built—a residence associated with the family of an early Premier and an Anzac hero—is still standing. But only just.

If you want to see it, we recommend walking past in the next few days because the bulldozers are moving in soon to replace it with a nondescript block of flats.

Sometimes the bad behaviour we catalogue here at Dodgy Perth does not belong in the past but in the present.