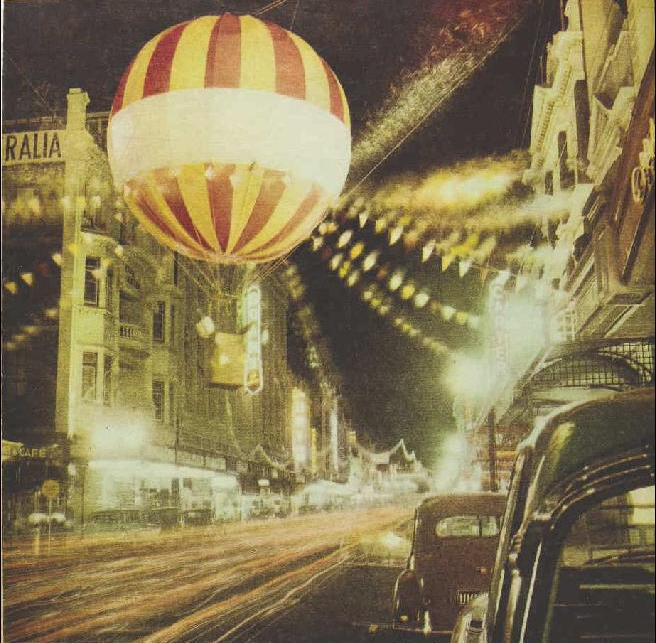 Not all history is just hot air. Honest.

As we approach the hour of the anniversary of the coming of the Christ child, it seems only right to ask the most significant question about God made flesh: When did Perth’s streets first have Christmas lights?

There were, of course, Christmas lights and decorations well before this time. Individual shops and malls had their own displays, and government buildings were beautified. But we are asking when the streets themselves were decorated.

The answer is, for once, easy to come by. Following the lead of overseas cities and the other Australian capitals, Perth finally put up illuminations in 1961, at a cost of more than £4,000. The above scene shows Murray Street at the Forrest Place intersection. A giant balloon, themed on Around the World in 80 Days, dominated the area. Six metres in diameter, it was made by local Olympic yachtsman and sailmaker Rolly Tasker.

And why the ‘around the world’ theme? Because these decorations were to be dug out of the cupboard, dusted down, and reused for the Commonwealth Games (then known as the Empire Games) hosted by Perth in late 1962.

So, dear readers, next time someone asks you about Perth’s Christmas lights, you’ll know how to answer them.