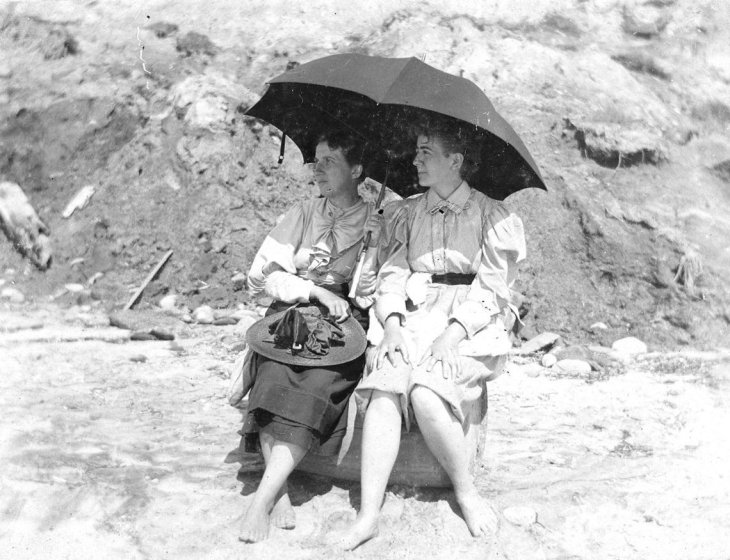 “An Adamless Eden” ran the headline. “Mere Men to be banned from Utopia”. Clearly some lunatic PC scheme was destroying the very fabric of society. Indeed it appeared to be so in Western Australia as men-hating feminists started taking over our wonderful state.

In 1909 it was reported that the south coast of WA, near Denmark, was to see the birth of a new colony, one where no man would be be allowed to own a foot of land within the settlement, or to hold any kind of office in the new town of Emilliah. Worse still, it appeared to be an industrial town full of lesbian Amazons, and men were even forbidden to step foot in it.

Most of this, as you might have guessed, was #fakenews. But there was some truth behind it. Emily Crawford was president of the Householders’ League, a British suffragette society. Since women still did not have the vote in the UK, the League offered grants to English female entrepreneurs to emigrate to places they were enfranchised. Such as Western Australia. They believed (correctly) that only where women were respected enough to get the vote could female capitalists flourish.

The League also obtained land where their members could set up businesses. So in 1908 Emily Crawford came to WA. Emilliah was going to be a health resort just outside Denmark, at a site now called Ocean Beach. The customers were to be WA residents and families from India. Clearly, being feminist did not stop you being colonially minded.

The Government gifted Emily a beautiful reserve near the mouth of the inlet, much to the disgust of the Denmark Settlers’ Association, who just lost their favourite picnic spot. The project was steaming ahead, when Emily suddenly had some kind of nervous breakdown in Albany. The whole thing ground to a halt, and Emilliah never got off the ground.

Dodgy Perth regrets that Emilliah didn’t work, since it would have been fascinating to see how this unique group settlement turned out. The closest we ever came to it was the ‘back-to-the-land’ movement of  the 1960s and ’70s, where a few feminist communes sprang up in rural areas. Mainly an American phenomenon, there were some in Australia, but none ever approached the scale of Emily Crawford’s vision.