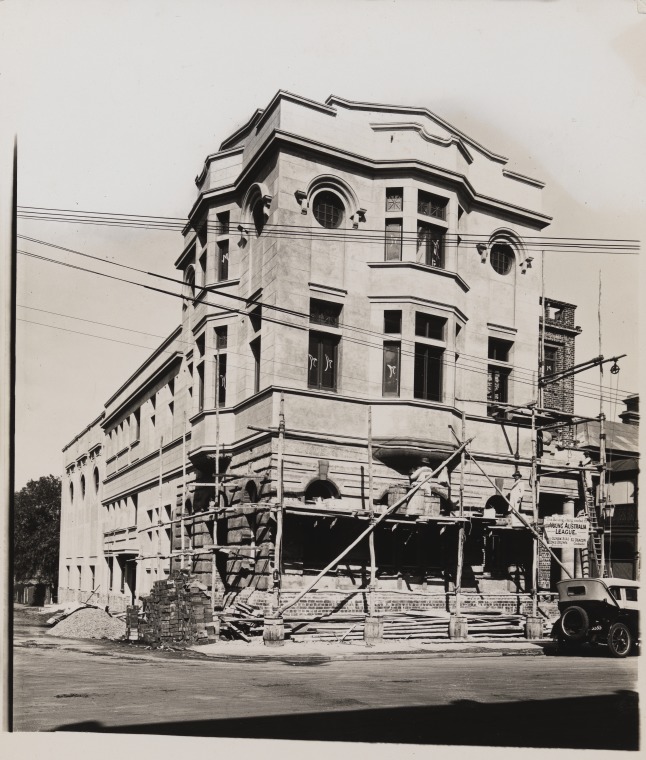 Above is the Young Australia League building on Murray Street. The Dodgy Perth team remembers it as a place to drinking absinthe cocktails during Goth nights there some years back. Not that we remember much after the fourth such beverage.

Founded in 1905 by ‘Boss’ Simons, the YAL was intended to promote patriotism, health and education among young Western Australians. So far, so good.

In the 1910s, these tours were immensely popular on the Goldfields and, for some strange reason, in Bunbury. They formed a major source of income for the League.

Unsurprisingly, they were also extremely controversial. But not for the reason you think.

Mr C. James of Cottesloe was outraged about such blackface. He noted the YAL’s motto was ‘Australia First’ and that they preached White Australia to their members.

So why were they doing an American form of entertainment? Why were good white Australian boys using burnt cork to pretending to be Negroes, complete with plantation songs and ‘nigger jabber’? Surely representing African Americans as a source of fun was contrary to the nationalistic ideals of the YAL.

But Mr James’ criticism was mild compared to that of Mr N. F. G. Wilson of South Fremantle.

He was sickened by seeing forty or fifty youngsters imitating a class of humanity that should be erased from the face of the Earth, if we were to remain true to our White Australia principals.

How can young Aussie lads, with their impressionable minds, honour their race when they are encouraged to dress up as “sons of Ham”? Boss Simons should realise that kids can never grow up to love their country and everything Australian if they are blacking up for fun.

And that, dear reader, is why the Young Australia League was controversial. Un-freaking-believable.