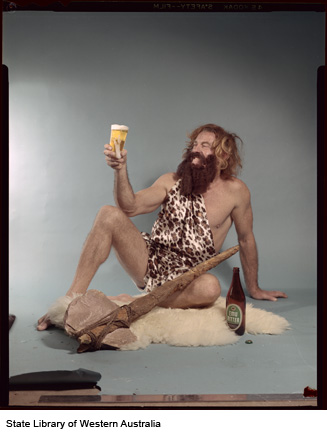 Emu Bitter, for the hipster in you

We at Dodgy Perth don’t believe in moderate consumption of anything. If you’re going to do it, go hard and go often is always our advice.

Speaking of totalitarian health fascists, what is it about Curtin University which seems to churn them out like a production line? One wowser from that place—sorry, ‘alcohol researcher’—Tanya Chikritzhs has now announced we should stop encouraging people to drink small amounts of red wine. Because everything that is fun is bad for you. Everything.

Professor Tanya Wowser would have found a number of friends to be miserable with in Western Australia in 1921, 1925 and 1951. For in both those years we had referendums on introducing prohibition. The first two were in the middle of the American failure of an experiment, but the last is just bewildering.

Just shows how strong the dark forces of wowserism have been in WA politics, if not among the population.

In 1921, the referendum managed to confuse everyone by offering four options: were you in favour of increasing licenses, keeping the same number of licenses, reducing licenses, or having no licences? It should be noted that in Claremont they voted overwhelmingly for prohibition.

But the entire State didn’t want it, so the Government set up a ‘Licensing Reduction Board’ to force every pub and hotel to justify their existence. Massive numbers of attractive drinking venues were closed simply because the licensing board decided not enough people were boozing at the time they visited.

Since this didn’t satisfy the killjoys, so in 1925 the question on the ballot paper was much simpler: “’Are you in favour of prohibiting the sale of intoxicants in Western Australia?”

Turned out around a third of people wanted prohibition, and two-thirds didn’t.

That should have put an end to it, especially as it was easy to see how prohibition had been a disaster in the USA. But nothing stops a health fascist with a righteous cause.

So in 1951 we were asked again if prohibition should be brought in. 72% of voters told the wowsers to get stuffed.

But here we are in 2015, and they’re still at it. Perhaps it’s time for a referendum on whether all prohibitionists should be sent to Manus Island. Or at the very least forced to go on a bender so they can see what the rest of us get out of it.